Tobias was born in the small Swedish town, Anderstorp, in 1984. His musical interest was awoken at an early age and very much encouraged by his older brothers who gave him access to their record collections. When he was 7 years old he got Kraftwerks’s album “Man Machine” as a hand down from his eldest brother and he would listen to the album on repeat. It was the sounds that fascinated him most, the feel of them and their different textures.

When he was around 11 years old he was introduced to making music on an AMIGA computer by one of his older brothers. A few years later this brother also gave him his hardware sampler and Tobias started recording his own sounds.

At 17 he had his first official release on “Chillosphy vol.1” by the Malmö label Digital Structures. Two years later, in 2003, he released his first full-length album “Ex-Leper” on the Philadelphia label Nonresponse.

After high school he went on to study music engineering at the University of Växjö and after finishing his studies he got a job as sound technician and producer at a studio in Växjö. It was during this period he made his first vocal experiments. Up to this point, Tobias’ music had been purely instrumental, but the experimentation in the studio made him discover the potential of his own voice as part of the musical composition.

The job in the studio was a great learning experience, but wanting to get more theoretical input, in 2005 Tobias moved to Malmö and enrolled in a bachelor program in Media and Communication Science. During this time he also started working with sound art and sound design for film and video.

During his BA studies, he released his second full-length album, “Time Is On My Side”, with the Oakland based label n5MD in 2007. This is the first release where Tobias is using his voice. The attention to sound and what it does for the vibe of the music is very manifest on this album. It has a character of dark and complex ambient with an almost fleeting sensation.

After finishing his degree in 2008, Tobias started working as a freelancer doing sound design for films and working as a music producer and composer for various theatre pieces, short films and sound art projects.

In 2011 he released his third full-length album “Delirium Portraits”, the 2nd release with n5MD. The ambient element from “Time Is On My Side” is still there, but the landscape has been expanded with more beat oriented structures. The dark element of serene melancholy is just as present as ever, but the palette has been expanded with glimpses of something almost resembling black irony or maybe even a dark, twisted sense of humor. Lyrically “Delirium Portraits” sees Tobias’ moving more in the direction of storytelling.

In 2011 Tobias started working as an audio designer for the video game studio Tarsier Studios in Malmö. Shortly after starting at Tarsier, Tobias also got a bigger studio space. Moving the studio out of his apartment enabled him not only to be louder and experiment more with his voice, but also to incorporate a lot more hardware studio gear and acoustic percussion instruments in the recording process. The “Medicine Sings Triptych” was all recorded here and the tracks all bear witness to the extended possibilities at his disposal.

Parallel to his job at Tarsier, Tobias continues to do freelance work for various clients, both as a sound designer and composer. He still lives in Malmö, Sweden. 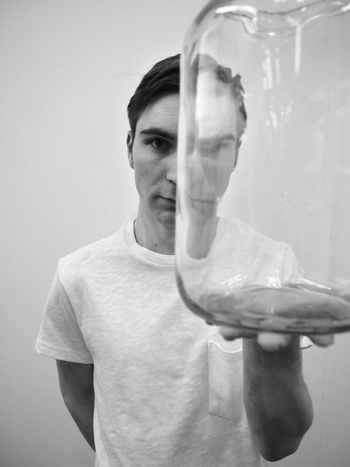 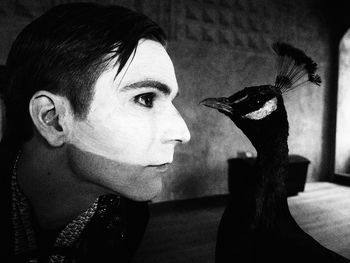 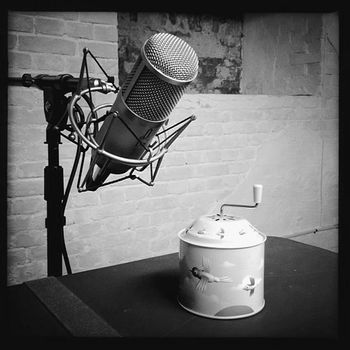